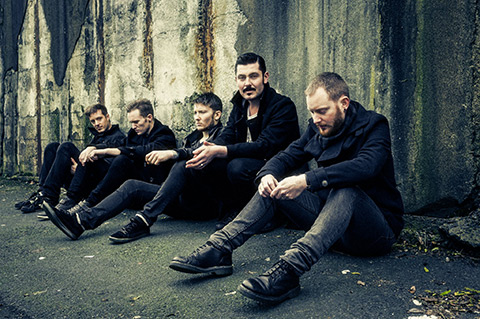 Captives are arguably one of the most badass bands to walk out of Tasmania in the past decade. They’re comprised of five regular blokes who, with forces combined, produce some of the most relentless, unforgivingly powerful punk rock your ears will ever be graced with.

“The visceral thrill of being throttled by razor-sharp guitars, slapped around the head by thundering drums and screamed at by a man gargling glass.” – Rolling Stone Magazine

”unadorned Rock and Roll with a hearty injection of Punk noise and attitude.” – The Rock Pit

”like a champion greyhound exploding from the gate with the fluffy bunny already torn to shreds in its jaws. It’s a sound that kicks you in the back of the skull with every drum beat, slices at your eardrums with every guitar lick, and tears at the back of your throat with every shriek – and is so distinctive that they had to give it a name themselves:
“Tasmanian Forest Horror.” – Chanel V

”Hurtling in on a lacerating, unprocessed riff and scream ripped directly from The Bronx’s Matt Caughthran’s recording playbook”. – Something Gold, Something New

”A groove-train ride of riff that somehow manages to pause long enough to incorporate a horn section within the two minute wrecking ball.” – Tonedeaf